Compound bending can be used in a number of different construction projects such as arched roofs, domes and canopies.  Additionally, this type of bending can be performed on a range of steel shapes such as angles, tubes, beams and more.  Sheet metal and plate metal can be bent into a compound curve that matches the needs of any project.

With compound bending, a steel member is bent along both its strong and weak axes. Unlike helical bending, the material is not also being twisted while changing planes.  Each bend is made individual from all the others, and can be done either the hard way (against the thick axis) or the easy way (against the thin axis).

Some shapes lend themselves to compound bending better than others, with steel angles being the most difficult to bend accurately.  These shapes tend to curve in a heel-out direction instead of being a truly compound bend.  An inexperienced bending company may not foresee or correct the problems, leading to difficulties in getting the finished piece to fit correctly in the completed structure. 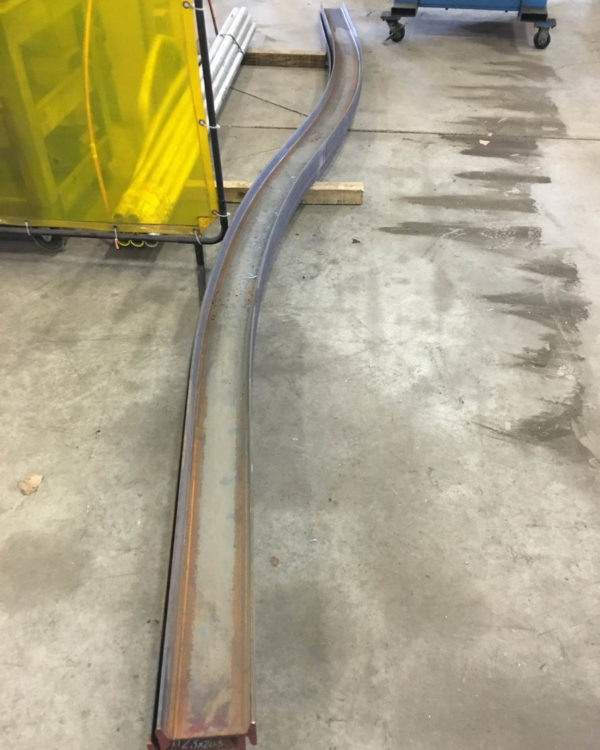 Fortunately, A-1 Roll has years of experience in compound bending.  Our expert team understands how to apply compound bends to metal shapes, and our advanced machinery allows us to create the shape that you need within strict specifications.  We know how to work with any metal, whether it’s steel, brass, aluminum or any other alloy, and we can give you any radius you require, no matter how small or large.

A-1 Roll also provides some added services to complement our compound bending products.  Welding, punching, cutting and grinding services are all available to help you get the finished product that you need to help keep your project on time.

Contact A-1 Roll today at 586.783.6677  to see how we can help you meet the needs of your project with our compound bending services.