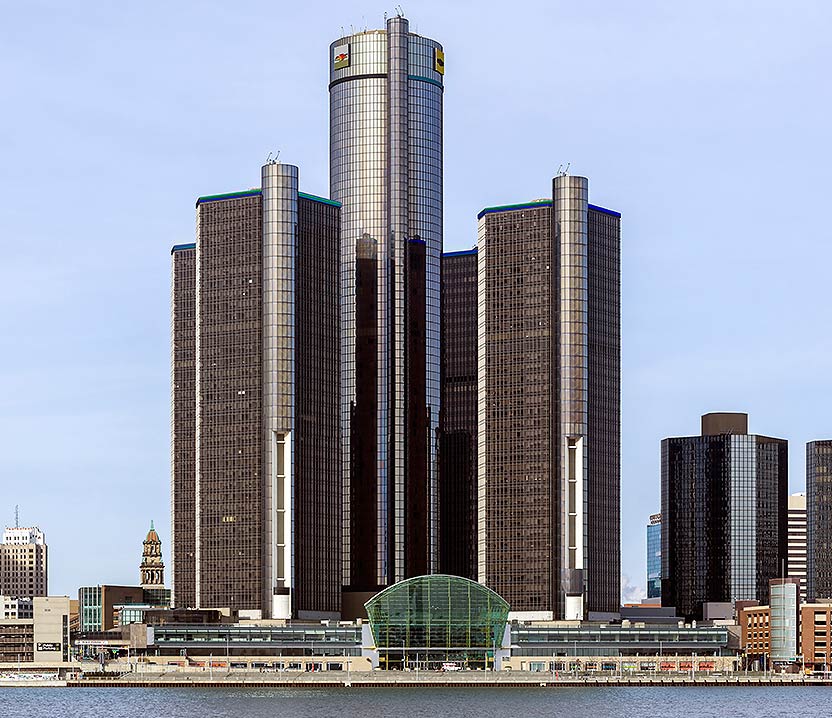 In 2004, General Motors completed a US$500 million renovation of the Class-A center as its world headquarters, which it had purchased in 1996. The renovation included the addition of the five-story Wintergarden atrium, which provides access to the International Riverfront. Architects for the renovation included Skidmore, Owings & Merrill, Gensler, SmithGroup, and Ghafari Associates. Work continued in and around the complex until 2005. Renaissance Center totals 5,552,000 square feet (515,800 m2) making it one of the world’s largest commercial complexes. 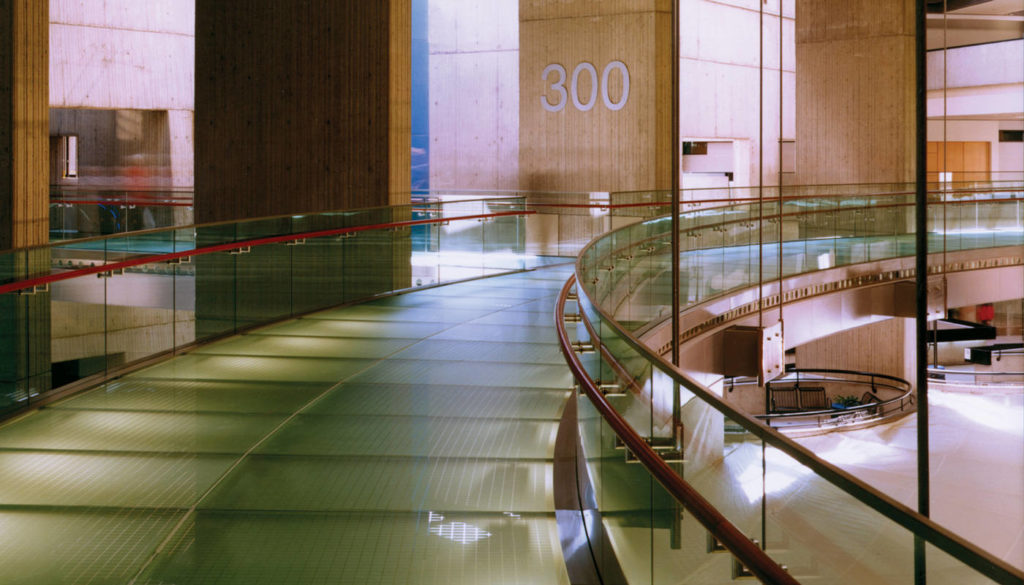 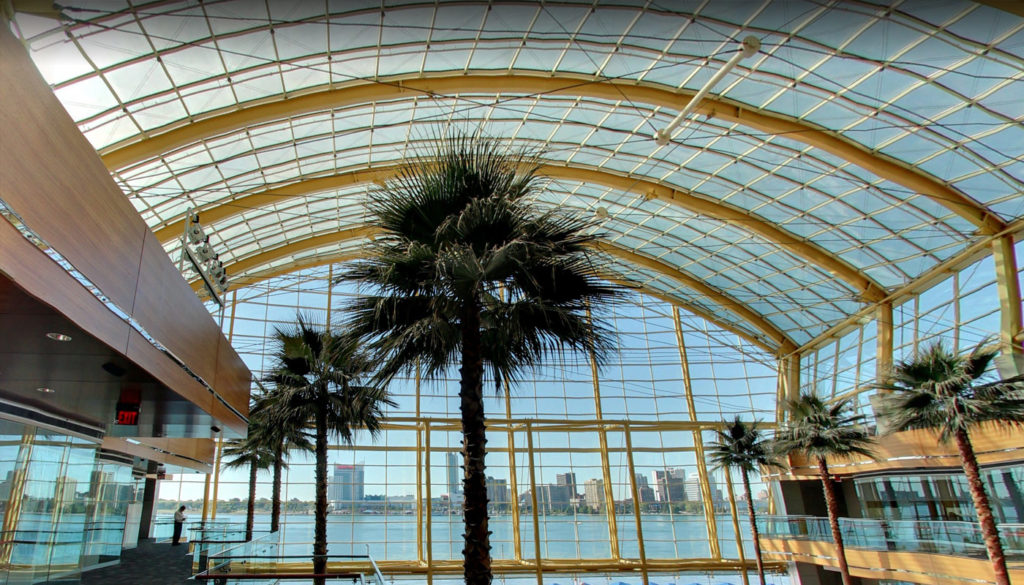 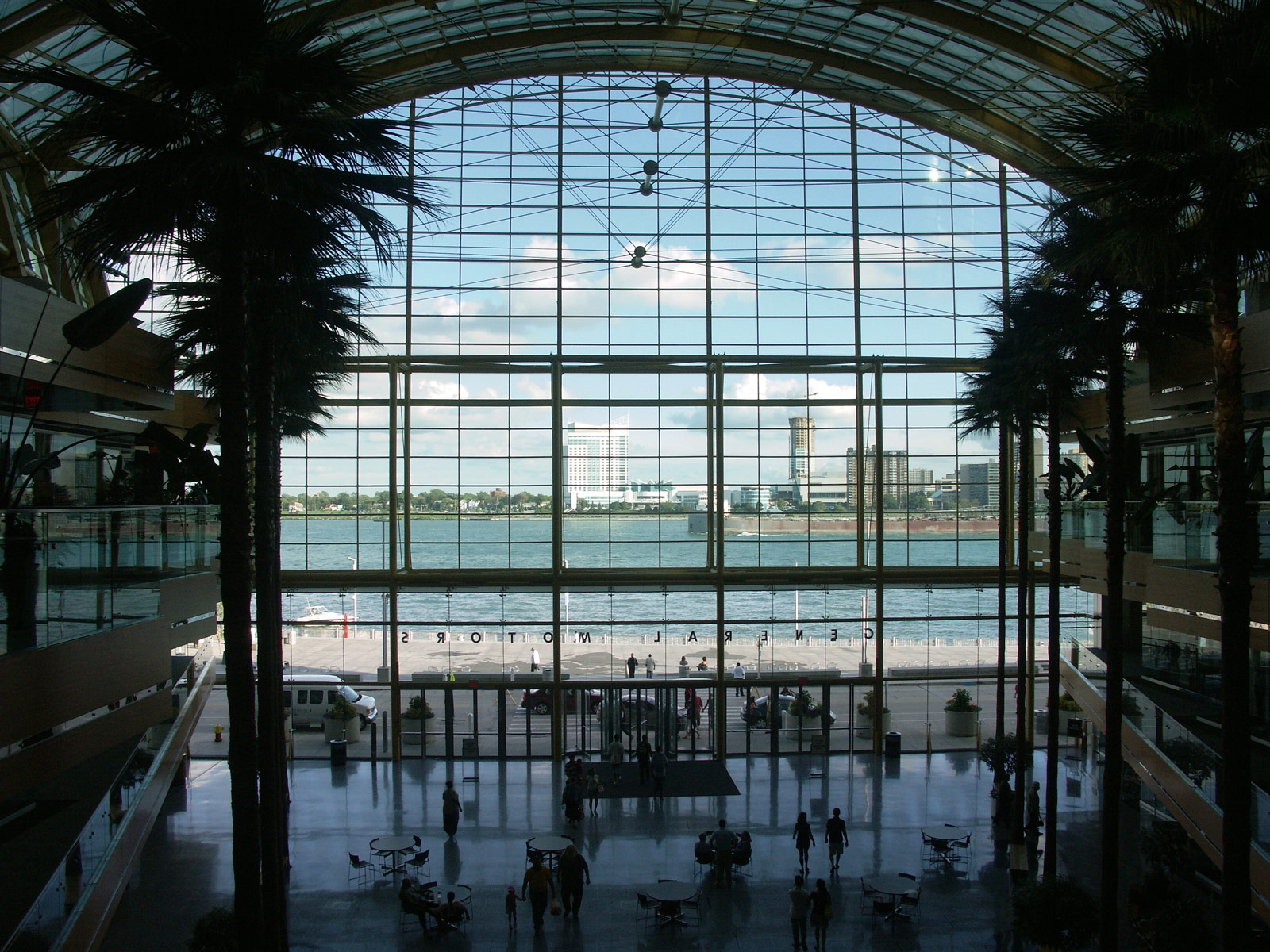